On the cusp of 600 all-time wins entering its 56th season, Team Penske looks to add its tradition and its legacy in 2022.

The organization will feature premier programs competing in the NASCAR Cup Series (NCS) and the NTT INDYCAR SERIES (NICS) with three winning teams racing in each world-class series. Team Penske will also race for the first time in the World Endurance Championship (WEC) as it continues to ramp up its sports car program for 2023, when it will compete in the new LMDh class through a global partnership with Porsche Motorsport.

As the Cup Series begins the “Next Gen” era, Team Penske returns with two perennial championship-contending drivers and teams while a talented rookie series racer will get his opportunity to shine with the organization’s most experienced team. 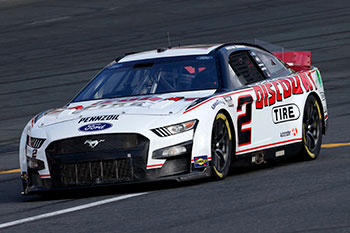 For the first time since 2011, a new driver will take the reigns of the No. 2 Team Penske Ford Mustang. Austin Cindric, the 2020 NASCAR Xfinity Series champion, will compete in his first full Cup Series season in 2022 after making seven productive NCS starts for Team Penske last season. Cindric produced 13 victories and eight poles in Xfinity Series competition and finished first and second in the championship standings over the last two years for Team Penske as he earned the opportunity to graduate to NASCAR’s premier series. With experienced crew chief Jeremy Bullins and the veteran No. 2 Discount Tire/Menards/Keystone Light Ford Mustang crew behind him, Cindric hopes to compete for top rookie honors in the Cup Series this season. 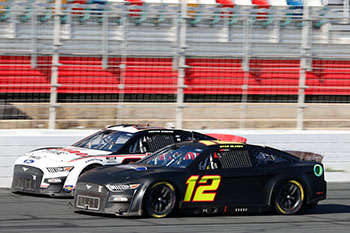 Ryan Blaney experienced a breakout season in 2021 with the No. 12 Menards/Discount Tire/BODYARMOR/DEX Imaging/Advance Auto Parts/WURTH Ford Mustang team and he looks to build on that momentum this season. Blaney earned a team-best and single-season career high three wins last year as he finished seventh in the Cup Series championship standings. With Jonathan Hassler taking over as crew chief of the No. 12 Ford team after serving the same role with Team Penske’s technical partner Wood Brothers Racing, Blaney will look to build chemistry quickly as the team works to reach its championship potential. 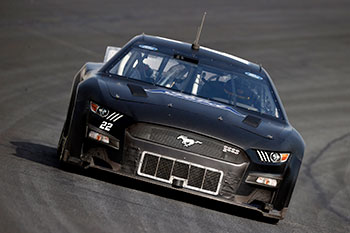 In his 10th season with Team Penske in 2022, Joey Logano has become the veteran leader of the team and he will be trying to earn the organization’s third Cup Series title and his second series crown this season. As he returns behind the wheel of the No. 22 Shell-Pennzoil/AAA/Autotrader Ford Mustang, Logano will team up with crew chief Paul Wolfe for the third consecutive year. Logano, the 2018 Cup Series champ, will look to extend his streak of winning at least one series race to 12 seasons in 2022 as he strives to reach the Championship 4 round of the Playoffs for the fourth time in seven years. 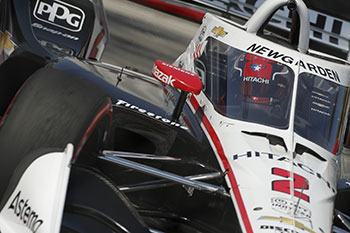 In NTT INDYCAR SERIES competition, Team Penske transitions to a three-car, full-season lineup for 2022. Two-time series champion Josef Newgarden returns to compete in the No. 2 Hitachi/XPEL/Shell Fuel Rewards/Sonsio/Snap-on Dallara/Chevrolet. Following a 2021 season in which Newgarden and the No. 2 team finished second in the series standings for the second consecutive year while posting a pair of race victories, the talented American driver will try to secure his third INDYCAR title and first Indianapolis 500 win in 2022. 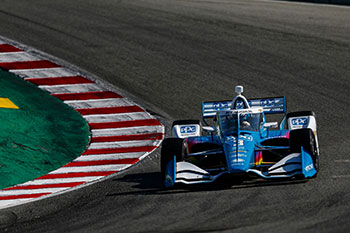 After producing Team Penske’s first-ever INDYCAR SERIES Rookie-of-the-Year honors last season, Scott McLaughlin looks to build on his momentum in 2022 behind the wheel of the No. 3 PPG/DEX Imaging/Pennzoil/Car Shop Dallara/Chevrolet.  In his first year racing open-wheel cars after a record-breaking championship career competing in Australia Supercars, McLaughlin recorded some positive results for the No. 3 team. He secured five top-10 results, including as impressive second-place finish at Texas Motor Speedway in his very first series oval race. McLaughlin, the New Zealand native, hopes to compete for race wins and establish himself as a championship contender in his sophomore INDYCAR season. 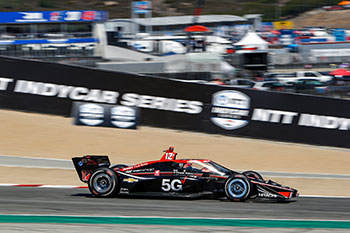 One of the most accomplished and consistently fast drivers in the INDYCAR SERIES returns for his 14th season with Team Penske as Will Power will once again race the No. 2 Verizon 5G Dallara/Chevrolet in 2022. In 2021, Power posted a victory for the 15th consecutive season and he hopes to extend his record run in his 18th year of racing in the INDYCAR SERIES. The native of Toowoomba, Australia continues to make his mark in the INDYCAR record book as he enters 2022 with 40 career wins and 63 career poles – just four shy of Mario Andretti’s all-time pole record. With longtime race engineer Dave Faustino and the No. 12 Verizon team in his corner, Power looks to add a second series title and second Indy 500 victory to his vast resume this season.

Team Penske expands its sports car program in 2022 as the team will compete for the first time in the international FIA World Endurance Championship. The team will race an ORECA 07-Gibson in the WEC LMP2 class with established sports car winning drivers Dane Cameron, Felipe Nasr and Emmanuel Collard. This season, Team Penske looks to gain experience and knowledge in the series as the organization prepares for 2023 when the new Penske Porsche Motorsport LMDh program will compete in both WEC and the IMSA WeatherTech SportsCar Championship.

With winning racers, championship teams, premier partners and experienced leadership and crews across all levels of competition in 2022, Team Penske promises to provide plenty of excitement and opportunities to add to its legacy of success this season.