Coming off the most successful season in its storied history, Team Penske has high expectations for the 2020 season and, with race- and championship-winning teams across all levels of competition, the outlook is bright for North America’s winningest racing organization.

In 2019, Team Penske produced single-season records for most victories (40) and pole positions (43), while securing three series championships and wins in the two of the biggest races of the season – the Indianapolis 500 and the Bathurst 1000. That level of achievement might be tough to match in 2020, but Team Penske is certainly in position to add to its long legacy this season.

Once again competing in the NASCAR Cup Series, the NASCAR Xfinity Series, the NTT INDYCAR SERIES, the IMSA WeatherTech SportsCar Championship and the Virgin Australia Supercars Championship, Team Penske returns with its driver lineup and most of its personnel in position from the record-setting 2019 season. 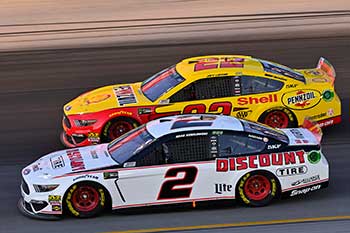 Joey Logano fell just short of repeating as NASCAR Cup Series (NCS) champion last season as he and the No. 22 Ford Mustang team finished fifth in the final series standings. Entering 2020, Team Penske announced a realignment of its crew chief and team lineups so Logano will team up with crew chief Paul Wolfe and his crew beginning this season. Wolfe and Logano will be working to capture the third overall NCS title for Team Penske. Shell-Pennzoil will continue as the primary sponsor of the No. 22 Mustang, along with AAA/Automobile Club of Southern California, Autotrader and MoneyLion as Logano competes in his eighth season with Team Penske.

Coming off a season in which he became Team Penske’s all-time winningest driver, led the team’s Cup Series drivers with three race victories and qualified for the Playoffs, Brad Keselowski will also look to recapture his championship form in 2020. In his 12th season competing for Team Penske, Keselowski will will welcome crew chief Jeremy Bullins to the No. 2 Ford Mustang team. Bullins and Keselowski formed a winning combination as they worked together to secure the NASCAR Xfinity Series owner championship for Team Penske in both 2013 and 2014. They'll look to recapture their winning ways together this season with the No. 2 Discount Tire/Wurth/Alliance Parts/Autotrader/Wabash/Snap-on/MoneyLion/PIRTEK/Dent Wizard/Miller Lite Ford Mustang. 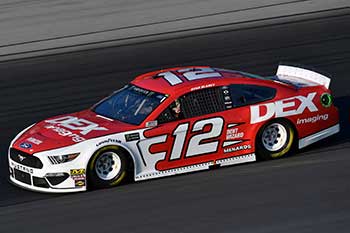 In his second full season competing in the NASCAR Cup Series for Team Penske, Ryan Blaney scored his third career series victory and enjoyed a solid playoff run before he finished a career-best seventh in the Cup Series standings. Blaney will aim to take the next step in his young career and fight for the championship this season. Crew chief Todd Gordon will transition to lead the team in 2020 as he works with Blaney for the first time. The No. 12 Menards/Advance Auto Parts/DEX Imaging/BODYARMOR/MoneyLion/Wabash National Ford Mustang team will work to produce race wins and another Playoff berth for Team Penske. 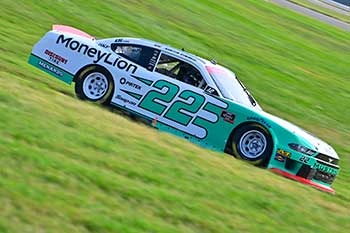 Austin Cindric posted a strong first full season competing for Team Penske in 2019 and he will continue his development in 2020 as he pursues the NASCAR Xfinity Series championship. Cindric earned his first two career NXS victories last season as he made a strong run in the series Playoffs and finished sixth in the championship standings. Building on the chemistry established in 2019 with crew chief Brian Wilson, Cindric will race the full NXS season in the No. 22 MoneyLion/Discount Tire/Menards Ford Mustang as he looks to add to Team Penske’s five NXS titles since 2010.

Last season, Team Penske added to its legacy as the winningest team in Indy car racing history as the organization captured its 16th series championship and its 18th Indianapolis 500 victory. The team returns with its three full-season car lineup in 2020 featuring series championship-winning drivers Josef Newgarden, Will Power and Simon Pagenaud. Longtime team IndyCar Series driver and current IMSA sports car racer Helio Castroneves will rejoin the team at Indianapolis in May competing in the No. 3 Shell-Pennzoil Dallara/Chevrolet as he attempts to tie the record with his fourth Indy 500 victory.

Newgarden produced his second NTT INDYCAR SERIES, title in three seasons with Team Penske, behind four wins, two poles and seven podium finishes in 2019. Driving the champion’s No. 1 on the Hitachi Dallara/Chevrolet, Newgarden and race engineer Gavin Ward will look to continue their winning formula in 2020.

Power, the 2014 NTT INDYCAR SERIES, champ and 2018 Indianapolis 500 winner, will compete in his 12th season with Team Penske in 2020 and he continues to produce at a championship pace for the team. Coming off a season in which he posted two wins and three poles, Power and race engineer Dave Faustino will once again be a force with the No. 12 Verizon Dallara/Chevrolet team as Power tries to add to his impressive career totals of 37 victories and 57 poles entering the 2020 season. 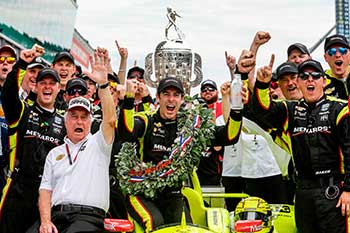 In 2019, Pagenaud added his name and his likeness to the legendary Borg-Warner Trophy as he won the Indianapolis 500 for Team Penske. The 2016 INDYCAR SERIES champion generated three wins and three poles last season as he finishes as series runner-up behind Newgarden. Pagenaud, a 14-time INDYCAR SERIES race winner entering the 2020 season, will try to secure his second series title and another Indy 500 win as he and race engineer Ben Bretzman return to lead the No. 22 Menards/DXC Technology Dallara/Chevrolet team this season. 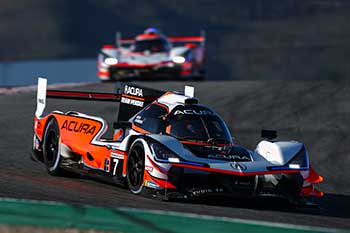 In just its second season competing in the IMSA WeatherTech SportsCar Championship, Acura Team Penske the Daytona Prototype international (DPi) title last season. Returning with a powerful two-car program in 2020 the team will look to build on its title-winning efforts this season. Drivers Juan Pablo Montoya and Dane Cameron teamed up to win three races and the DPi title with race engineer Jonathan Diuguid and the No. 6 Acura ARX-05 team last season and the winning combination is back for more in 2020. Helio Castroneves and Ricky Taylor will once again be a dynamic duo this season with the No. 7 Acura ARX-05 team, led by race engineer Raul Prados. A pair of Indianapolis 500 winners will join Acura Team Penske for the IMSA endurance races this season as Pagenaud will race with the No. 6 team and 2017 Indy champ Alexander Rossi will compete with the No. 7 squad. 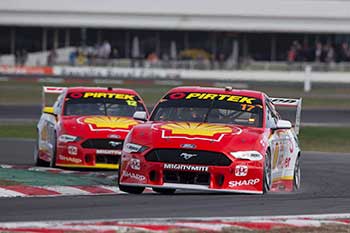 DJR Team Penske has produced championship efforts in each of the last three seasons competing in the Virgin Australia Supercars Championship and the team hopes to make it four titles in a row in 2020. The two-car Shell V-Power team enjoyed a record-setting year in 2019 with 20 victories, the team title and the second-consecutive driver’s championship for Scott McLaughlin. After he established a new series single-season record with 18 wins, including Team Penske’s first-ever victory in the legendary Bathurst 1000 race, it will be tough for McLaughlin to top his results in 2019. But the talented racer will set the bar high and seek his third straight title racing the No. 17 Shell V-Power Ford Mustang, alongside race engineer Ludo Lacroix and the team. Fabian Coulthard produced a pair of wins and finished fourth in the standings in 2019 and he will once again work with race engineer Mark Fenning and the No. 12 Shell V-Power Ford Mustang team this season.

It promises to be another exciting season for Team Penske in 2020 with experienced and talented drivers and teams looking to add to the tradition of success for North America’s winningest racing organization across all levels of competition.