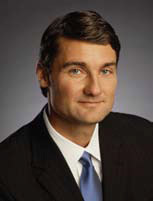 Tim Cindric joined the Penske organization in 1999 and, as President of Team Penske, he has overall management responsibility for Team Penske's racing operation, which in 2022 includes teams competing in the NASCAR Cup Series, the NTT INDYCAR SERIES and the World Endurance Championship. In addition, Cindric also oversees Penske Technology Group, Penske Restoration, the Penske Heritage Center and the Penske Racing Museum.

Cindric's 23-year career with Team Penske consists of more than 300 victories and 25 championships. This includes eight Indianapolis 500 wins, three Daytona 500 victories and an overall win at the 12 Hours of Sebring. He also serves as race strategist for the No. 2 Team Penske Chevrolet driven by Josef Newgarden, the two-time INDYCAR SERIES champion.

Prior to joining Team Penske, Cindric served as Team Manager for Team Rahal from 1994-1999 and he worked as interim general manager and design engineer for the TrueSports IndyCar team after graduating from Rose-Hulman Institute of Technology with a Bachelor of Science in Mechanical Engineering in 1990. He is a member of the Hall of Fame at Rose-Hulman and Pike High School and he received Rose-Hulman's Honor Alumni Award in 2013. Cindric has also been honored with the Herb Porter and Tom Carnegie Memorial awards by the Indianapolis 500 Old Timer's Club.

He resides in Mooresville, North Carolina with his wife, Megan. They have two sons, Tanner and Austin.